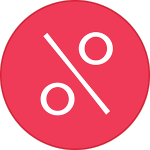 June 12, 2020: The Supreme Court on Friday urged the Finance Ministry and the Reserve Bank of India (RBI) officials to organize a joint meeting within three days to decide whether interest on EMIs during the six month moratorium period should be charged by banks or not.

A bench headed by Justice Ashok Bhushan said that the question posed by the apex court is limited and slated the matter for further hearing middle of next week. “The thing we are concerned about in these proceedings is only whether the interest that has been deferred for three months will be added to charges payable later and whether there will be interest on the interest,” the court said.

Solicitor General Tushar Mehta said that he has sought a meeting with the RBI.

“If the RBI reply goes much beyond the query posed by us there will be a lot of opinions on it. Efforts will be made to sway it one way or another. Our query was limited. Whether the payment will impose interest on interest,” the court said.

The top court said that the question is limited to interest on interest.

The State Bank of India (SBI) had also expressed its willingness to be an intervener in the proceedings and submitted that all banks are of the view that interest cannot be waived for six months EMI moratorium period.

The RBI had recently filed an affidavit before the apex court asking it not to allow the petition seeking a waiver of interest for six month moratorium period on loan repayments claiming it will incur a loss of approximately Rs 2 lakh crore. This however, makes the consumers’ situation worse as many of them are already dealing with job uncertainty and pay cuts.

The RBI, in its affidavit, had also stated that the Centre had ordered and given a direction for relief to all the persons who had taken a loan of six months moratorium period keeping in view the COVID crisis.